The new pedestrian bridge is planned to be built in 2021 - the mayor of Kyiv announced this. He published a video on his page on the social network, a video with the construction project, the author of the same architect who designed the bridge over Vladimirsky descent.

The new bridge will connect Natalka park on the Obolonska embankment and Obolonsky island. Now the island can be called uninhabited. Highways do not lead here, and you can only get to it by boat or on foot from one of the sides when the water level in the reservoir drops in summer. According to the city authorities, there will be no large-scale construction on the island; instead, it is planned to carry out landscaping and equip the beach and picnic area. A boat dock may appear on the side of the Dnipro river bed.

The bridge will be made of glass and metal and will be over a hundred meters long. The supporting structures will be in the form of waves that reach their maximum amplitude in the bridge's middle. The whole structure is equipped with dynamic illumination. The project developer said that one of the ideas currently being discussed in the city administration is to link all the small islands in the area into a network of pedestrian parks. The bridge mentioned above will be only the first step in implementing this project, and after it, other similar structures may appear.

The new pedestrian structure will be fully accessible for people with limited mobility. Authorities today are placing much more emphasis on creating a barrier-free urban space, and Futurista architects welcome these initiatives. One of the most important indicators is that today it is impossible to build and put into operation, for example, an office center, if it does not meet the inclusiveness requirements described in the relevant SBS. There is also a possibility that a cycle path will appear on the bridge, but this issue is still under discussion.

It was originally planned to complete the construction this year, but the work had to be postponed. The bridge's preliminary cost was up to one hundred million hryvnias, and investors will finance infrastructure creation. 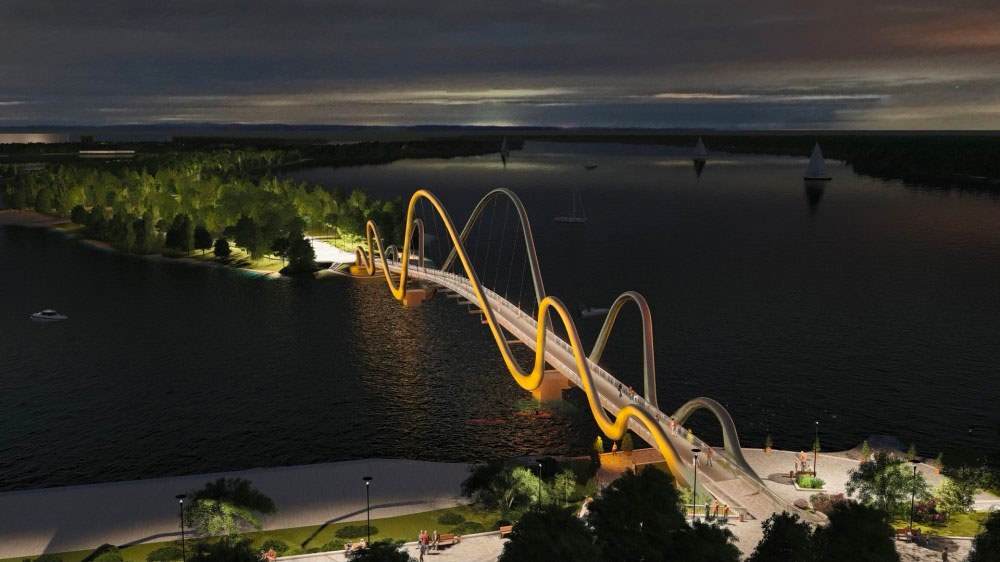 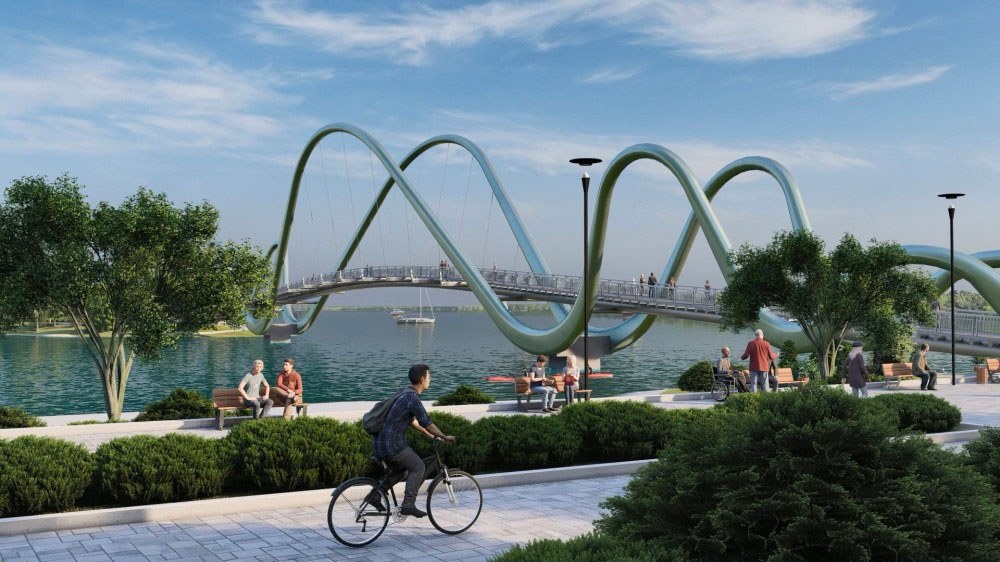 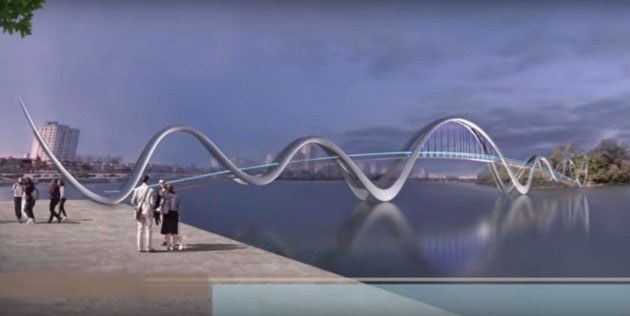 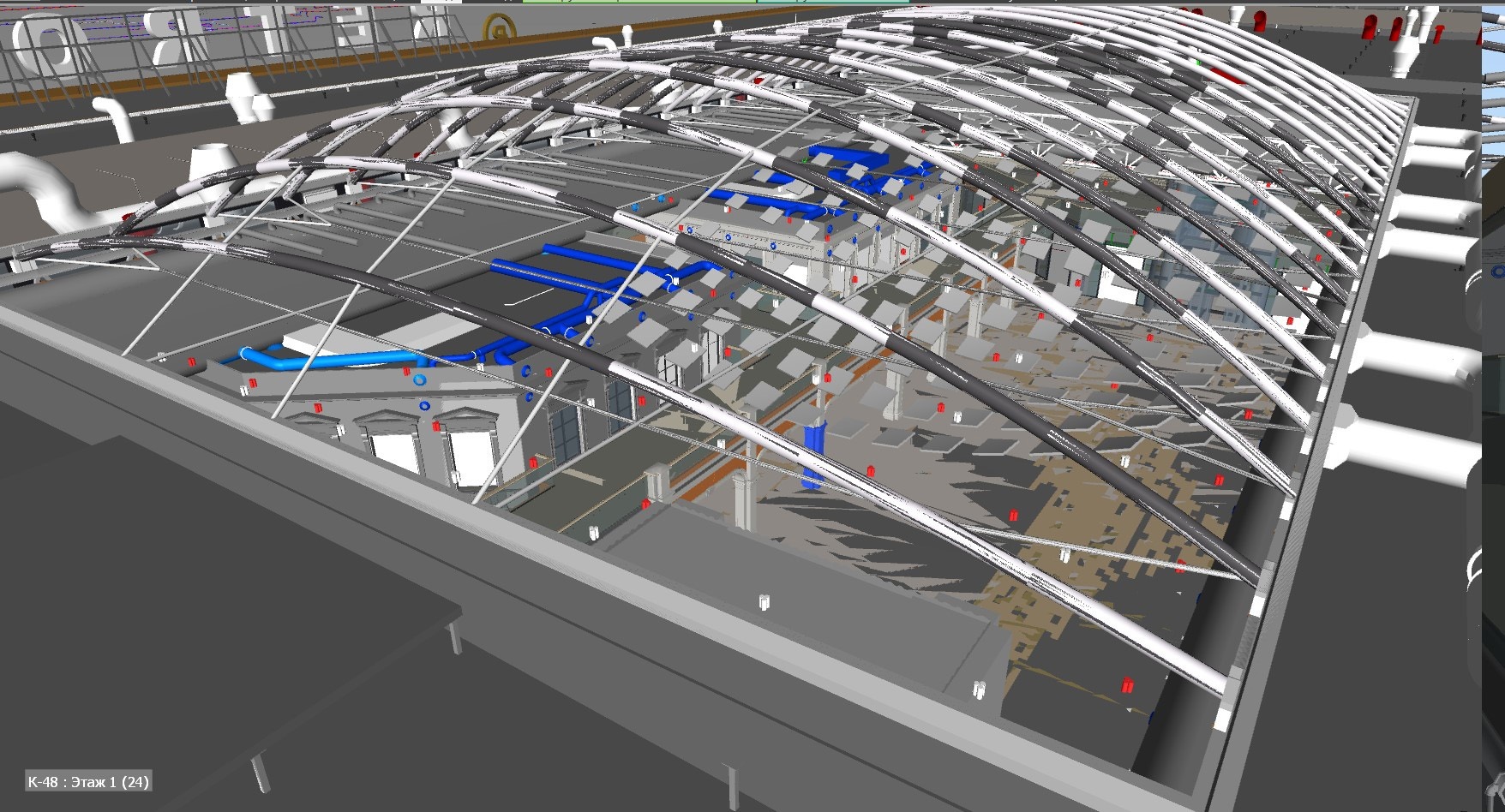 Discussion began on the concept of BIM technologies 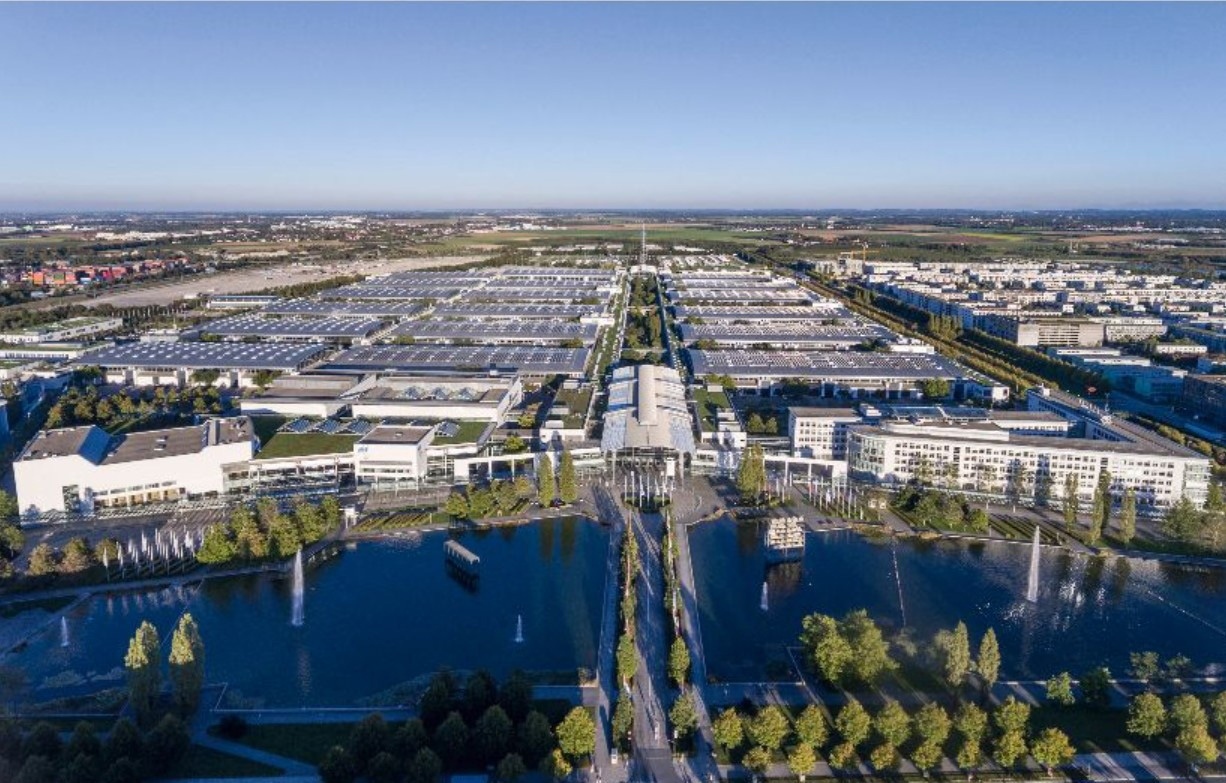